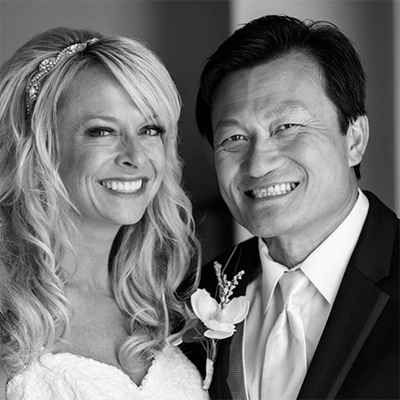 Chef Tom Lin was born in Taiwan and has lived in Malaysia, Singapore, Brunei and New York City. He currently resides in Michigan.

His passion is cooking. Chef Tom has owned several successful restaurants in Southeastern Michigan (currently owns Szechuan Empire North and South). He specializes in Chinese, Thai and Japanese cuisines and is inspired by Asian-Fusion dishes. He has over 30 years of experience making delicious Asian food.

Chef Tom has received many awards and recognition for his cooking and success in the restaurant business. As a television celebrity chef, he has appeared on the Food Network on Cutthroat Kitchen (won his episode), Cutthroat Kitchen Evilicious series, Guys Grocery Games, Guys Grocery Games Redemption and The Great Food Truck Race. Locally, he has appeared on WXYZ (TV 7), WDIV (TV 4), WJBK (TV 2) and WMYD (TV 20).

The Fortunecooking Brand was started in 2011. Initially it was a YouTube channel, where Chef Tom shared his culinary expertise in the form of cooking how-to videos. With a quick following, Chef Tom expanded his social media to include and active Facebook page and Instagram. Invigorated by his most recent appearance on The Great Food Truck Race (where he competed with his wife, Julie and family friend), Tom purchased a food truck…The Fortunecooking Food Truck. Mostly run by family (you may see any of their 4 kids), he brings his culinary expertise, vibrant personality and love of food to Metro Detroit.